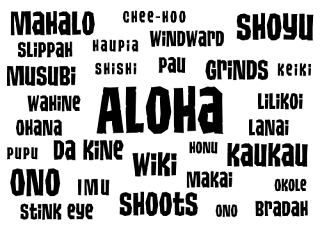 Life in Hawaii may seem like a foreign country at times with the vast number of languages spoken in the islands. True foreign languages aside, such as Japanese, Chinese, Korean, Okinawan, Portuguese and Spanish, the two primary languages of Hawai'i are the native tongue, and pidgin english.

The Hawaiian language is still practiced by many, and particular words or phrases are used by all. Streets and towns are named using the native Hawaiian language. The Hawaiian language consists of 12 letters, A, E, H, I, K, L, M, N, O, P, O and W. Five are vowels and seven are consonants. This accounts for why there are towns such as Ka'a'awa that may prompt a chuckle or two due to their spelling, but once you learn about the language the more it makes perfect since.

The symbols between the As in Ka'a'awa are called an Okina. An Okina represents a subtle 'stop' in a words pronunciation same as you would pronounce "uh-oh." Additionally a W is pronounce as an English W when it follows the vowels O and U. The W is pronounced as an English V when it follows the vowels E and I. If you unpack the Ka'a'awa you would pronounce it Ka (subtle pause) ah (subtle pause) ava

Pidgin english appears primitive at first, but it's spoken by everyone in Hawaii. A better understanding of its purpose provides insight to how the many immigrant cultures to the islands in the 1800s were able to communicate in the fields and socially by creating this home grown language.

Learning to speak Hawaiian is the same as studying any foreign language. It requires hours of study, research and practice. Pidgin is picked up on the streets, at school, at work, everywhere because everyone in Hawaii uses Pidgin.

The list below is an attempt to document as many words and phrases, both native Hawaiian and Pidgin as I can get my hands on in attempt to spread their use outside the islands. I put a (p) next to the entries which are pidgin in nature. If you have a word or phrase you'd like included please make a suggestion.

A
'Ae - Yes
Aina - Land
Aloha - Hello
A hui Hou - Until we meet again
Akazuya - Japanese deli
Ala - Path, trail, road
Ali'i - Chief
Aloha Nui Loa - All my love
Aloha 'oe - Farewll to thee & the title to a popular Hawaiian folk song
Aloha wau ia'oe - I love you
A'ole, a'ohe - No
Au'rite - All right (p)
Aunty - A term of endearment used by children to elder females regardless if related or not. (p)

B
Bibidees- Men's underwear (p) derived from a popular brand (BVD) in the islands
Bradah - Brother (p) or Bro *as in "Howzit Bradah?"
Brah - Short for Bradah (p)
Broke da mouth - Food so good it broke your mouth
Buss - Bust (p) Either laughing or hurt *as in "You funny uncle, you buss me up" or "Don't mess wit him, he buss you up"

E
Eh - A way to suggest the start of a conversation (p) *as in "Eh Brah, where you stay?"
E hele Kaua - Let's celebrate / party
E komo Mai - Welcome or Come in

L
Laho'ole - A young pig.
Lanai - Patio or balcony, usually covered
Leeward - Western side of an island
Lei - A string/garlaand of flowers, bird feathers or nuts worn over the head. Given as a symbol of affection
Lickins - Spanking (p) *as in "Oh bradah, papa is goin to give you lickins"
Li hing mui - Salty dried plum seed you suck on to strip the skin. The skin is ground to a dust and used in many dishes
Lilikoi - Passion fruit
Limu - Seaweed
Local - Long time resident of Hawaii, not necessarily born in Hawaii
Lolo - Crazy, feeble minded (p)
Lomi - To massage - Most often used for Lomi Salmon dish made of diced onion, tomato and salmon and then massaged together
Lua - Toilet
Lu'au - Hawaiian feast

S
Scrap - A fight (p)
Shaka - Hawaiian hand gesture signifying "hang loose" "howzit" "cool" "aloha" "you go ahead"
Shave ice - First of all it's NOT Shaved Ice. Ice with a finer consistency than snow cones so the flava (not syrup) doesn't run to the bottom.
Shishi - To pee *as in "Go walk the dog before he go shishi in the house
Shoots - Okay, Yea, Dang, (p) *as in "You want some poke?" "Shoots Bradah"
Sista - Young woman (p) *as in "Howzit Sista?"
Shoyu - Soy Sauce in Japanese. OMG! NO ONE in Hawaii says Soy Sauce.
Slippah - Flip Flop or sandals (p)
Small kine- Just a little (p)
Stink eye - A dirty look, usually one eye squinted (p) *as in "Don't give me stink eye"

T
Tako - Octopus in Japanese
Talk story - Chattting (p) *as in "Eh Brah, where you stay?" "I'm at Kimo's, we talking story"
Tiki - First human on earth, Wooden carvings (masks & trees) used to represent the image of certain deitiess, mark boundaries or to bestow traits.
Tita - Female version of a Moke (p) *as in "Don't mess with dat Tita, she'll bust you up"
Townie - A person from town, usually thinks they are better than others (p)
Try - Please (p) *as in "Can I have more poke" "ah the poke is pau" "Eh, try bradah"
Tutu - Grandmother

U
Ukulele - Apopular 4 string musical instrument introduced to Hawai'i by Portugese immigrants
Uncle - A term of endearment used by children to elder males regardless if related or not. (p)

W
Waina - Wine
Wahine - Woman
Where you stay - Where are you or where are you from (p) *as in "Eh Brah, where you stay?"
Wiki - Quick
Windward - Eastern side of an island 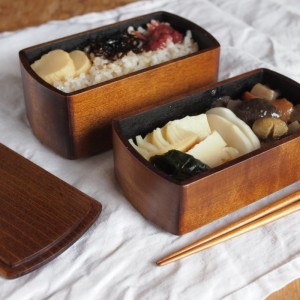 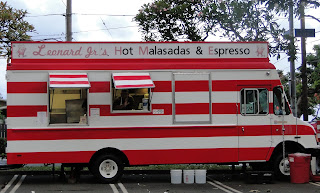